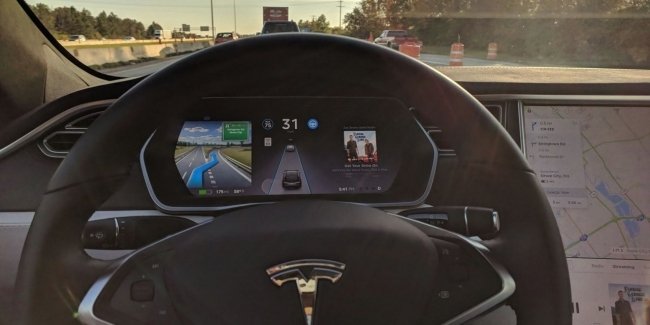 Tesla without a driver behind the wheel. Elon Musk’s Fault? (photo)

The police of Canada reported the movement of an electric car Tesla without people inside. It turned out that the driver was sleeping on the reclined seat, and the car was driving on autopilot at a speed of 140 km/h.

Recently, there have been several scandals with the system of automatic assistance in driving electric cars Tesla.

In addition to accidents that occurred with the active function of Tesla Autopilot, some organizations asked to prohibit the use of the word “autopilot” in relation to these electric cars.

The key problem is that this system is not a full-fledged autopilot and prohibits distracting the driver from driving the car.

However, you can find hundreds of videos online where Tesla owners flout safety rules.

One of these situations was recently noticed by the canadian police: the police reported a Tesla Model S car that moved without people inside. It turned out that the driver was sleeping on a fully reclined seat, and the car was driving on autopilot.

“The car was moving at a speed of more than 140 km/h, while both front seats were completely reclined, and the passengers were asleep. The driver was charged with dangerous driving and a subpoena,” police said.

The report also indicates that when the police turned on the flashing lights, the Tesla accelerated to 150 km / h.

This situation is quite likely, since in Autopilot mode, the maximum speed of these electric cars is limited to just 150 km/h.

The only question is why the driver installed cruise control at such a high speed and completely stopped controlling the car’s controls.

Valentino Rossi had no doubts ‘in my heart’ on MotoGP future

Rossi explains why he didn’t commit to early Yamaha deal