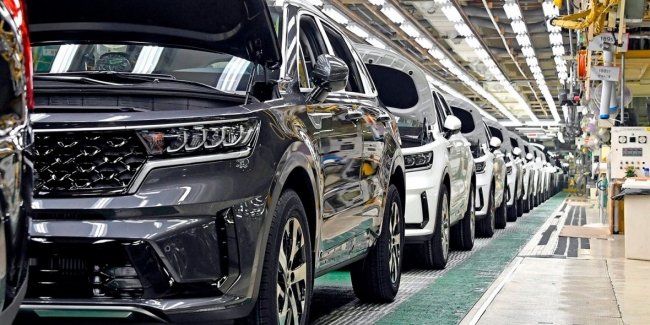 And again in a new way: KIA stopped two factories due to COVID-19

KIA Motors had to stop the Assembly lines of two businesses in South Korea, local news site Yonhap reported, citing a company representative. Factories are put into forced downtime due to the coronavirus outbreak.

Both companies are located in the city of Gwangmyeong, South of Seoul. The factories identified eight employees infected with COVID-19 – they worked on the Assembly line. On Wednesday evening, the factories closed, and all six thousand workers went home.

Enterprises will be able to resume their work only after consulting with representatives of state quarantine authorities. These facilities are used for production of K9 sedans, Stinger fastback, Carnival minivans, Pride compact vans and Stonic crossovers. The production volume reaches 320 thousand cars per year.

KIA Motors has eight factories in South Korea and seven in other countries: three in China, one each in the United States, Slovakia, Mexico and India. In General, the company’s enterprises are able to produce up to 3.84 million cars per year.

Previously, KIA Motors closed factories in April of this year: then it was necessary to suspend production at three Korean enterprises and a factory in Slovakia, where Ceed and Sportage are assembled. The reason was a shortage of components, as well as a decline in sales against the background of restrictions imposed due to the pandemic.

Petrucci felt “nobody trusted me” when he lost Ducati seat